I often get asked which Specific Carbohydrate Diet illegal foods I crave the most and there is only ever one answer to that question: corn. The only reason I would ever go to the movie theater was to get a giant tub of popcorn (and I would usually spend more time savouring its buttery yumminess then actually paying attention to the movie). I used to eat a 100 calorie bag of popcorn for lunch at least 3 days a week and lets be honest, there is no better side dish for a summer time barbeque then corn on the cob, roasted on the barbecue and covered in melting butter. Anyways this is another corn recipe that I really miss. It is my Dad’s absolute favorite breakfast and I try to make it for him every time I’m home. These come together in less then 15 minutes and are great for those who like myself, prefer savory to sweet for breakfast. I like to cut corn off the cob in the summer when it is in season and store it in the freezer in a ziploc bag to use in winter/spring, but canned kernels work just as well for this recipe. 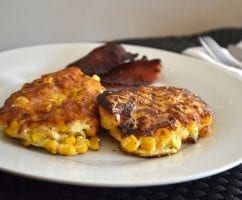 I prefer to eat these with butter and salt and pepper and a side of bacon but some may prefer syrup so I usually serve with both options. 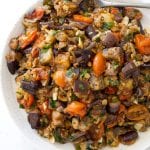 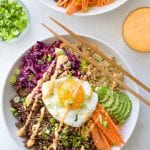 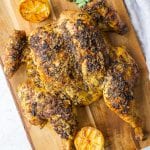 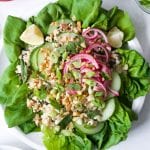 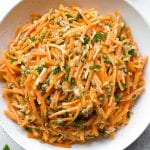 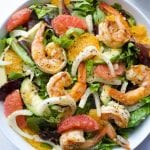