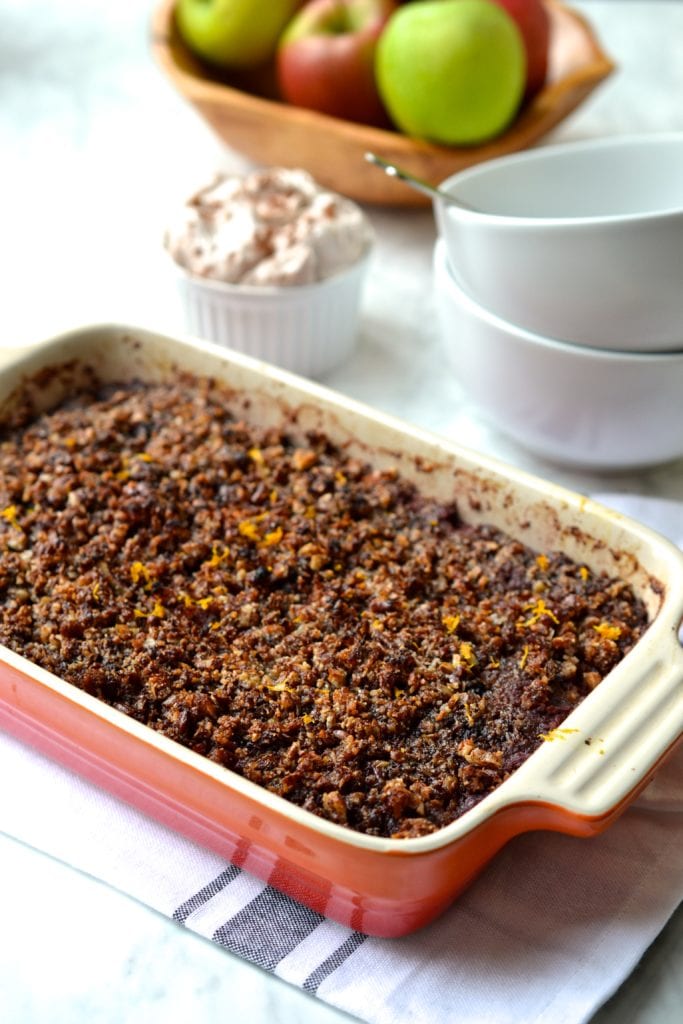 I have a confession. When throwing a dinner party, dessert is usually the absolute last thing I think about. There is a high probability there will be 5-10 different appetisers, but dessert isn’t guaranteed to make an appearance at the end of the meal (much to the horror of my sweet toothed guests). When preparing dessert for big groups it’s hard to come up with something relatively easy, that won’t require 45 minutes of prep right before serving. 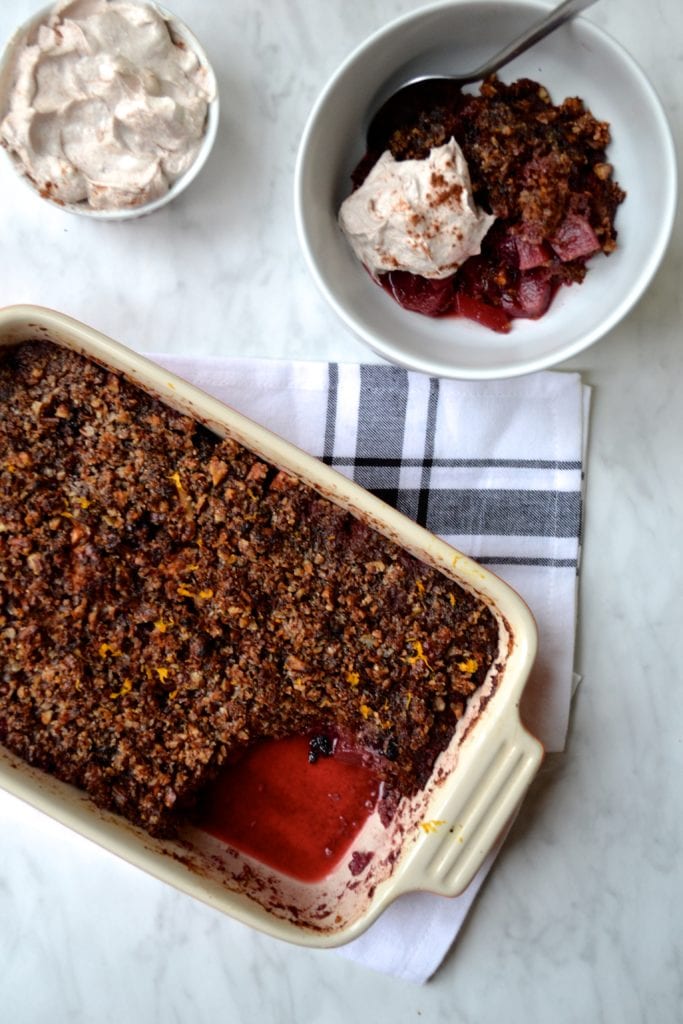 Crumble is officially world’s easiest dessert. Toss apples and blackberries with some orange juice and cinnamon and then top with a delicious crumble topping. At this point you can store everything in the fridge for up to 2 days in advance, including the cinnamon coconut whip which is sooo good (SA was eating it by the spoonful from the fridge). Pop the crumble in the oven an hour before serving to let bake and voila, you have one easy and delicious dessert that can serve a large group. 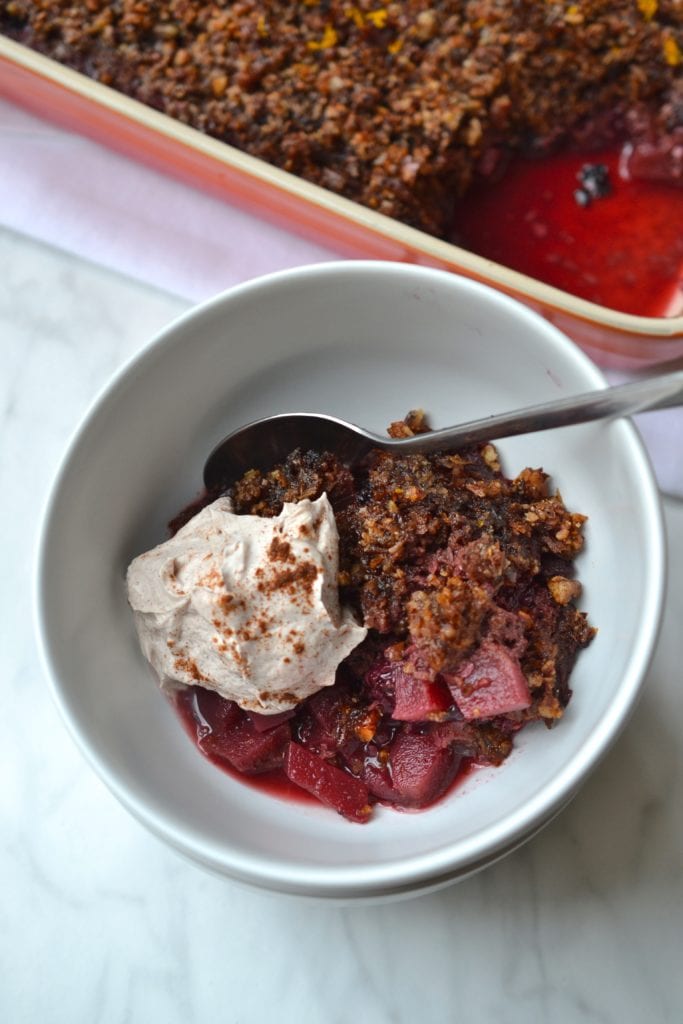 I have been testing out a variety of different crumble recipes recently and can confidently say that this is hands down the best. 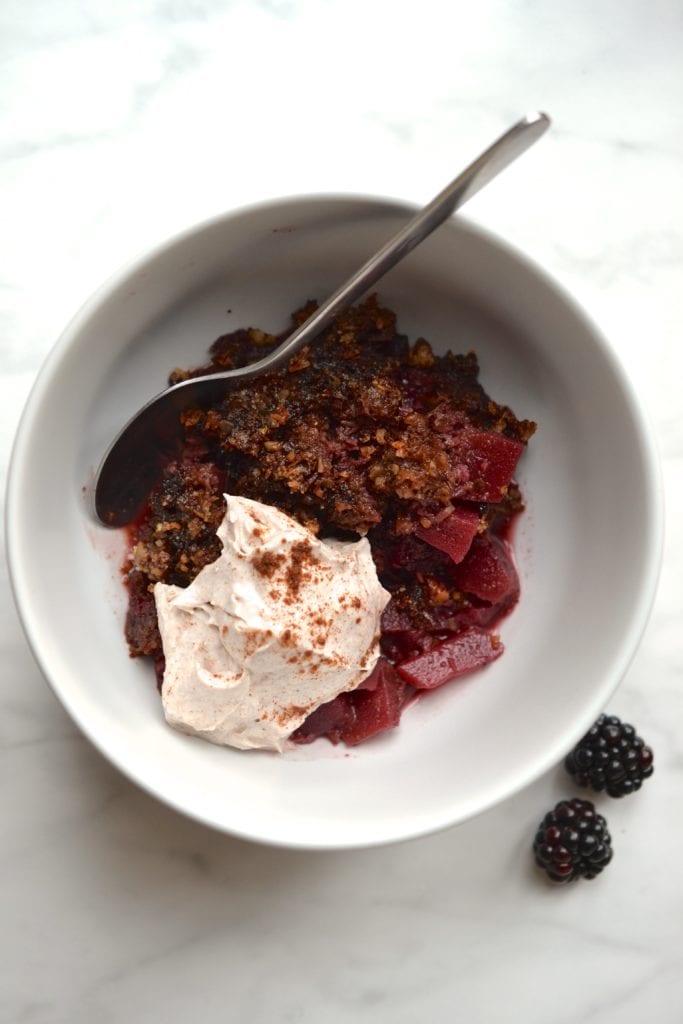 I love the difference in texture between the stewed apples and blackberries, and by adding a small amount of apple juice, it helps to cook the fruit and ensure the crumble doesn’t dry out. 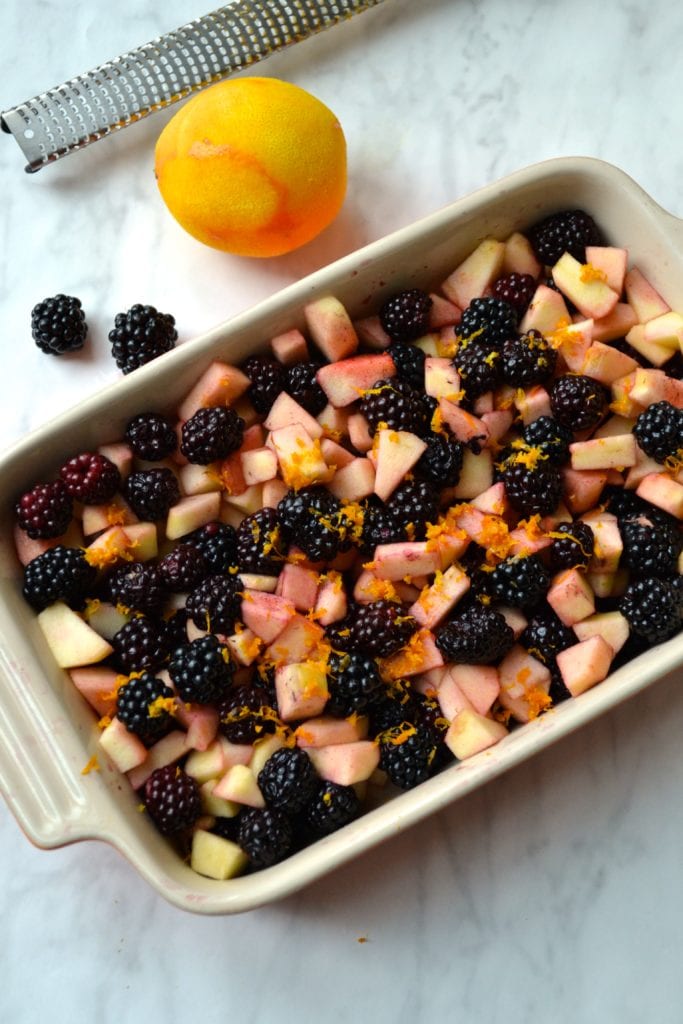 As an added bonus, the blackberries turn the entire dessert into a rich purple/red color which looks very festive this time of year! 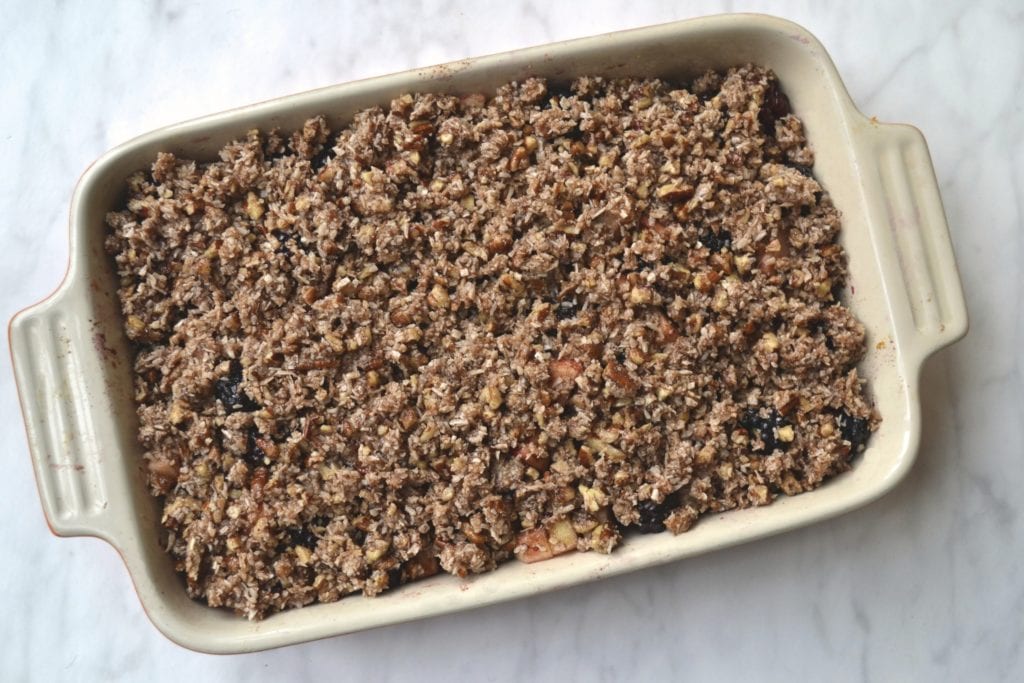 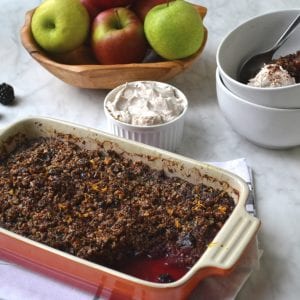 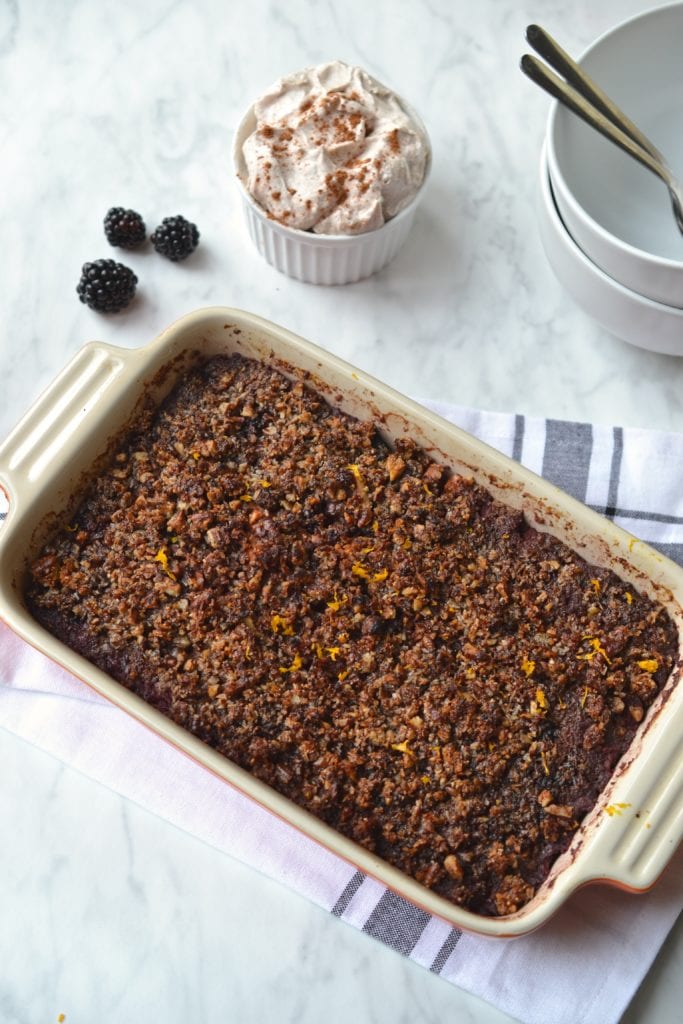 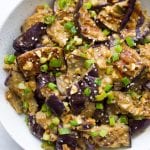 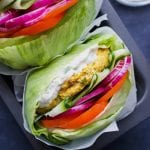 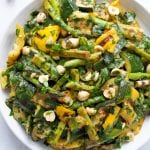 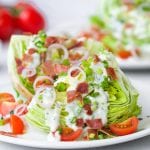 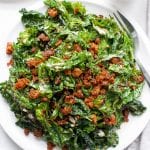 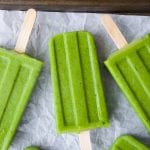