This Whole30 Chicken Ramen has all of the great rich flavour of a traditional ramen, but it’s Low Carb and Paleo! Long strands of spaghetti squash are used in place of noodles, and they are served along with seared chicken, a runny egg and shiitake mushrooms which are all served in a richly flavoured broth. This soup is Whole30, Keto, SCD and Gluten Free. 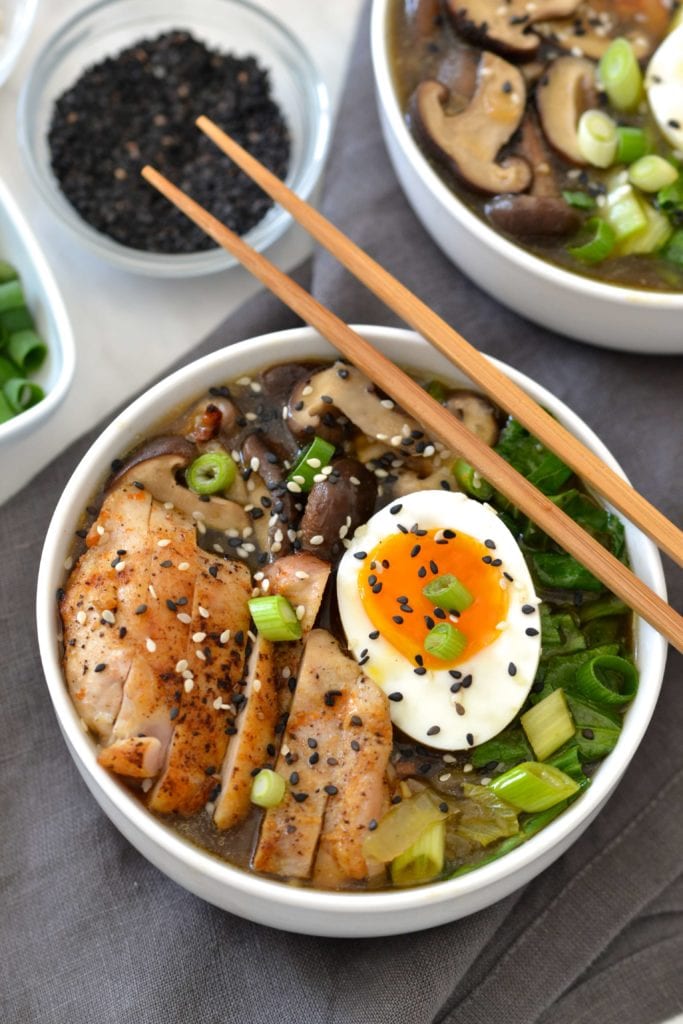 I can’t resist a bowl of ramen, I honestly don’t think there is anything more satisfying to enjoy on a cold day. 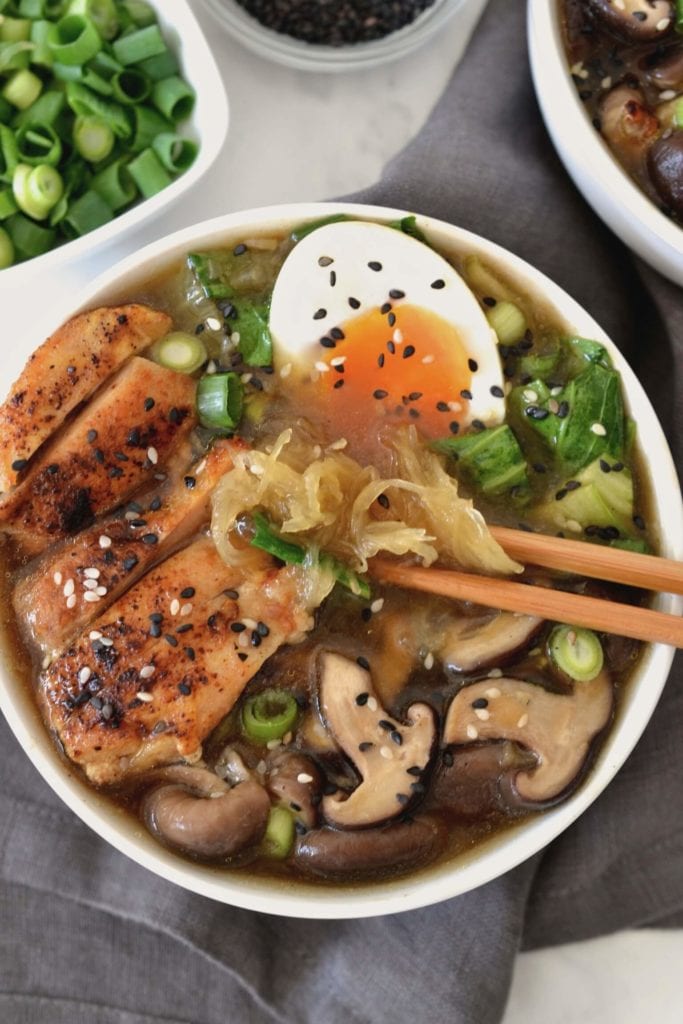 It’s taken me quite a few attempts to get this Whole30 Chicken Ramen recipe just right, but I am so happy with the results. The broth is UNREAL. It has an incredible depth of flavour that can be quite hard to achieve in a soup when you are relying on just Whole30 approved ingredients and no fancy asian sauces. 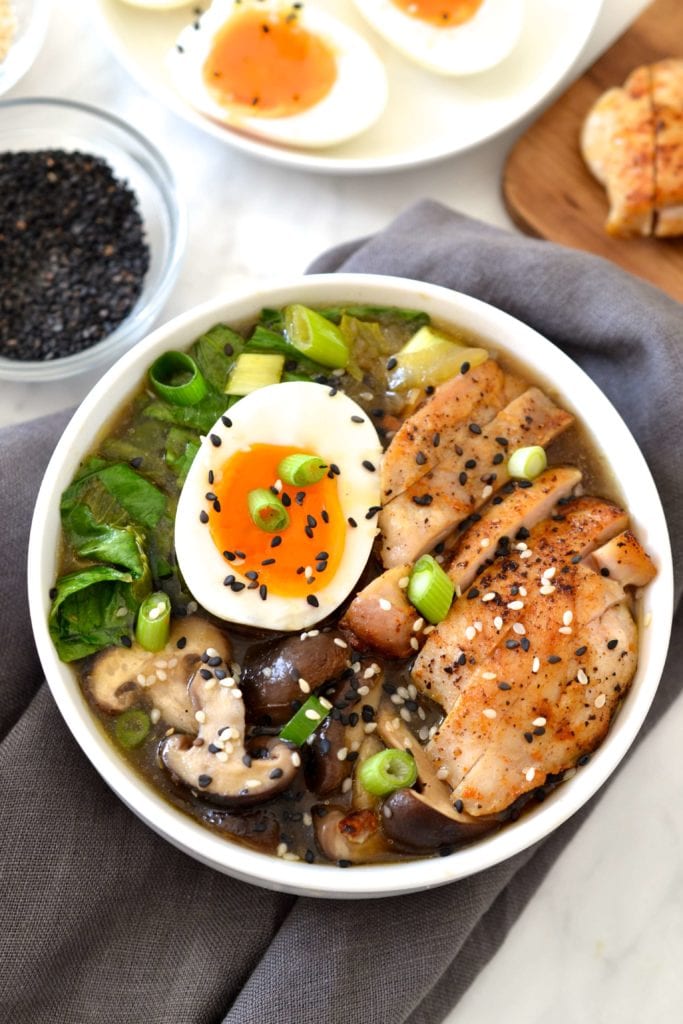 I could happily live off of bowls of just this broth, it’s really that good and makes this soup so much more than just chicken soup with some asian vegetables. 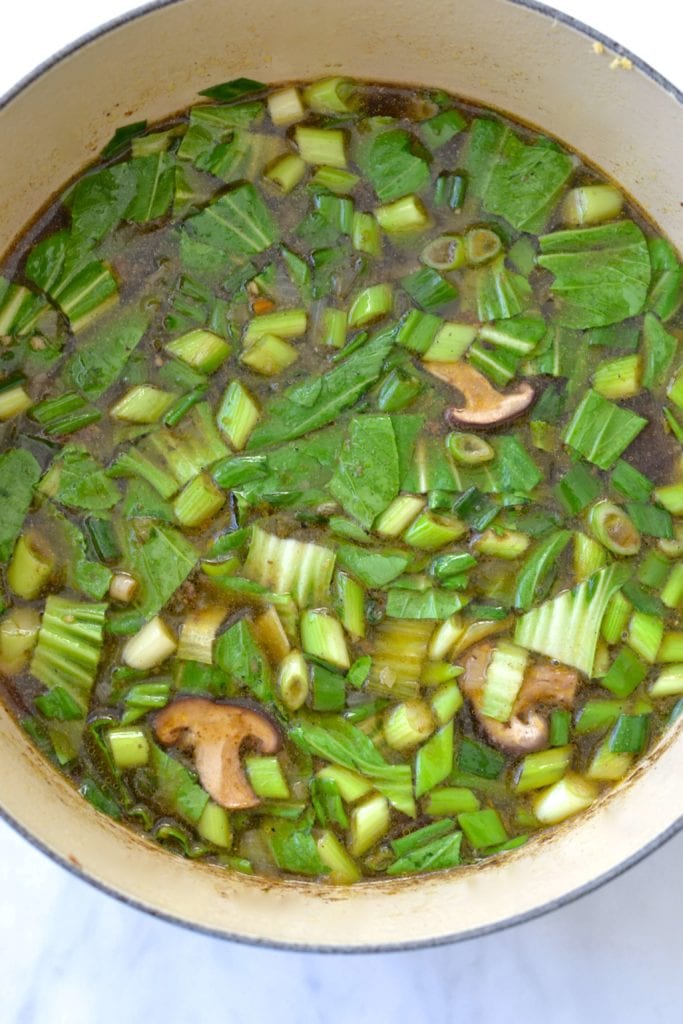 I have tried making ramen with a few different types of noodles (zucchini, daikon radish etc) and concluded that spaghetti squash is by far the best. I love how the soup really sticks to the spaghetti squash rather than sliding off like it does with zoodles. I also think that the texture and look of spaghetti squash most closely resembles traditional ramen noodles. 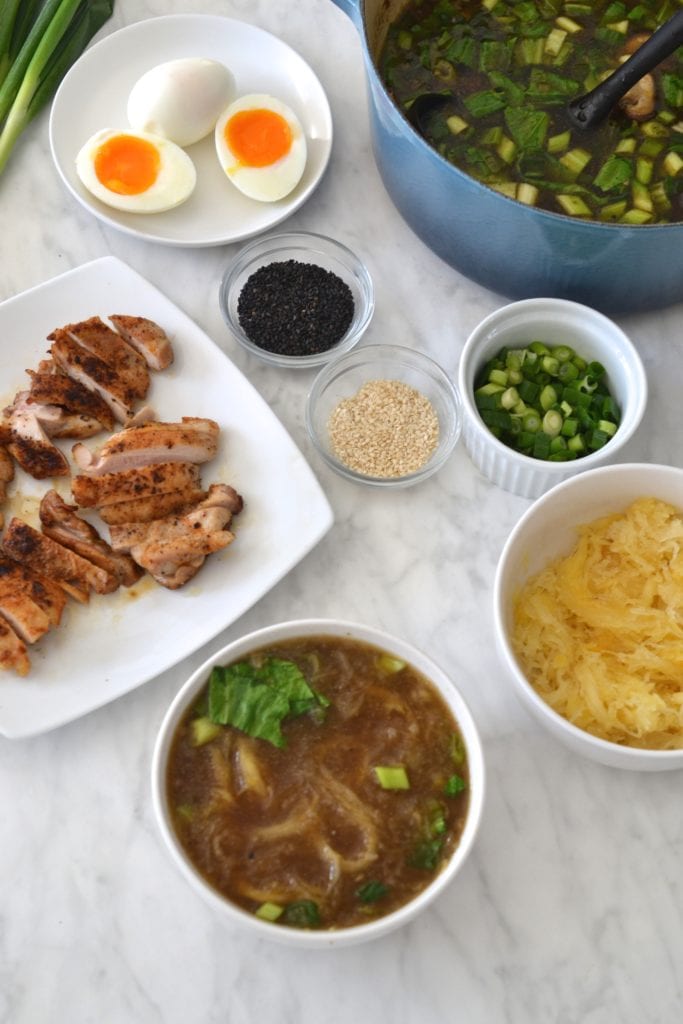 To this Whole30 Chicken Ramen I also added sliced chicken thighs which have been seasoned and then quickly seared to form a nice crust on top. You could alternatively use chicken breasts but I like how much quicker thighs cook. 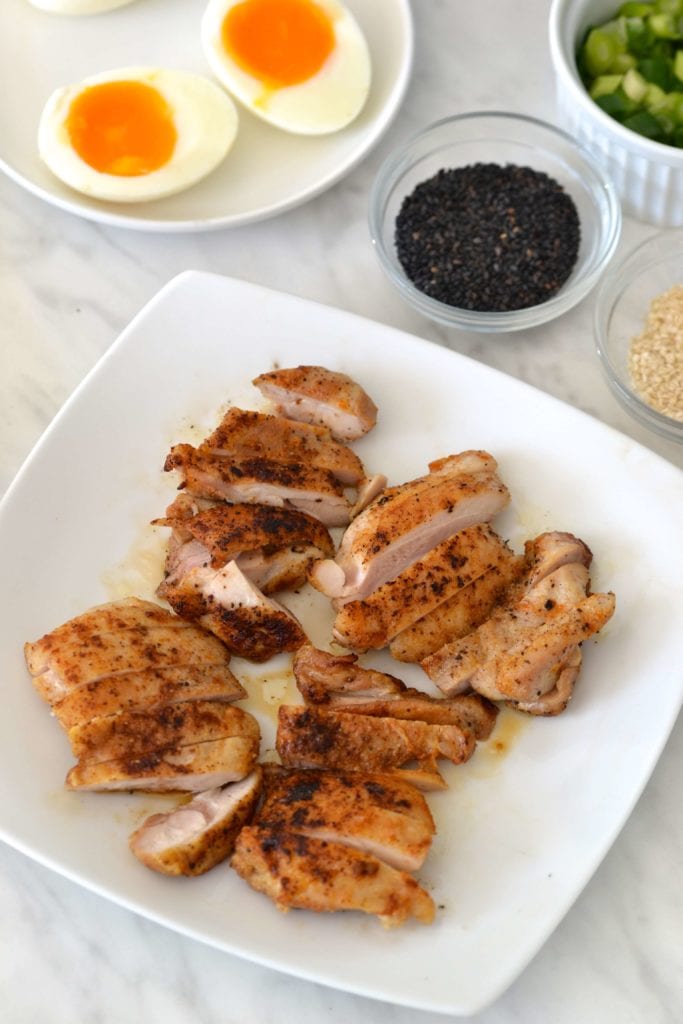 I am all about the make ahead soups, and this ramen is no exception. You could prep a big batch of this soup and it will last 3-4 days in the fridge, you will just need to cook the egg before eating. 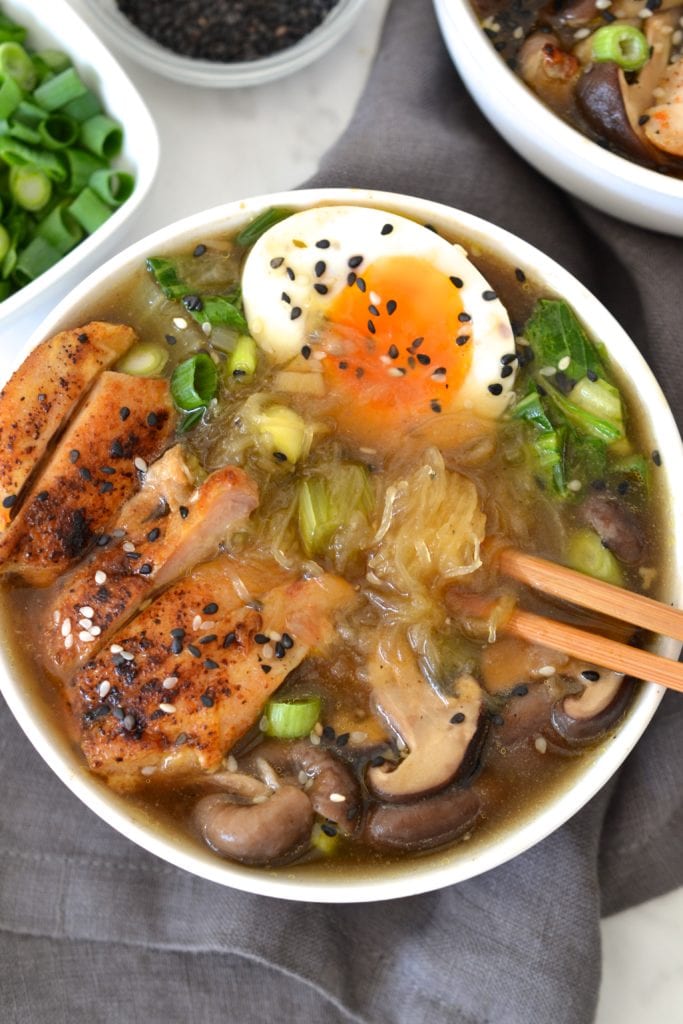 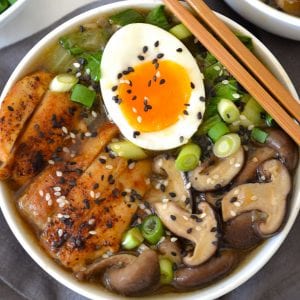 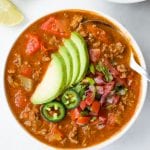 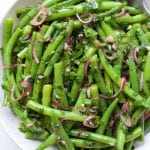 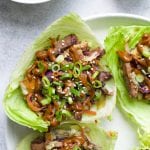 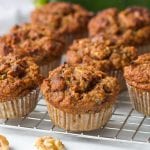 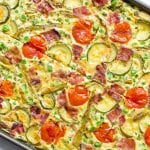 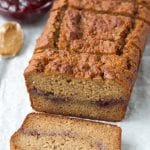