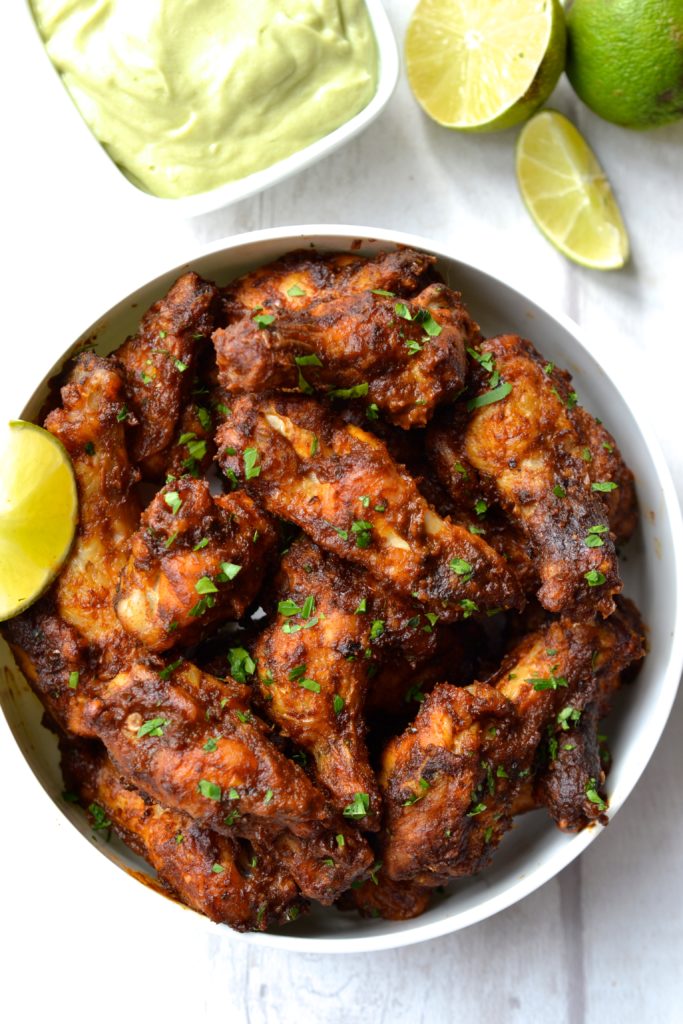 I am pretty new to the world of chicken wings, cooking them that is, when it comes to eating them I think I would classify as a trained professional. 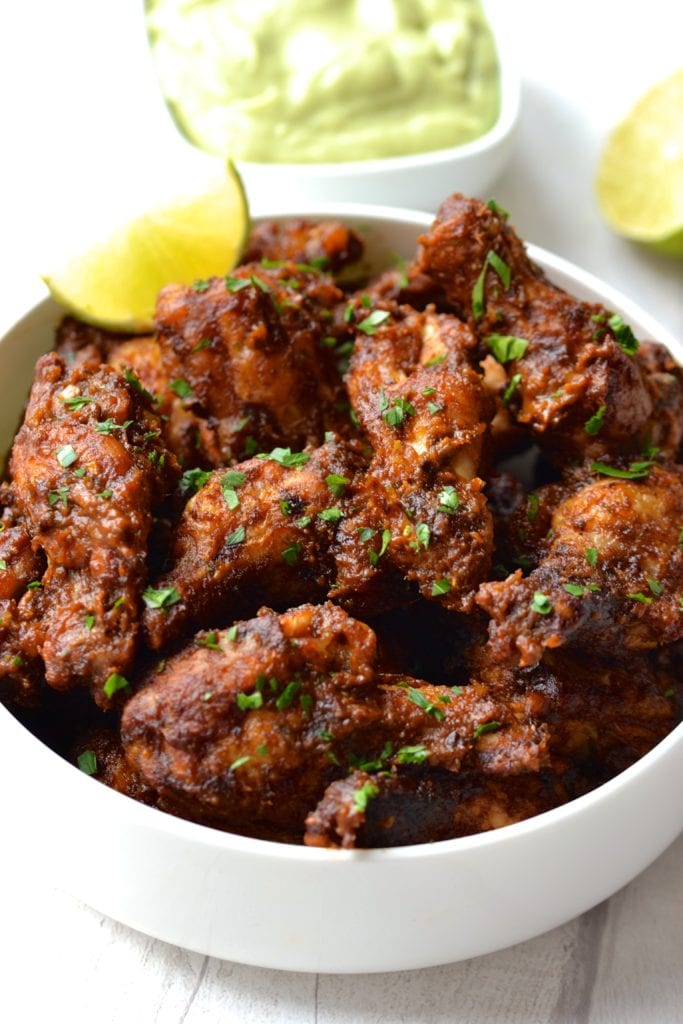 I have been experimenting with different ways of cooking chicken wings. In my recipe for Sticky Honey & Ginger Chicken Wings I marinated them for a few hours and then baked them in the oven in all of the liquid resulting in super flavourful and tender wings. 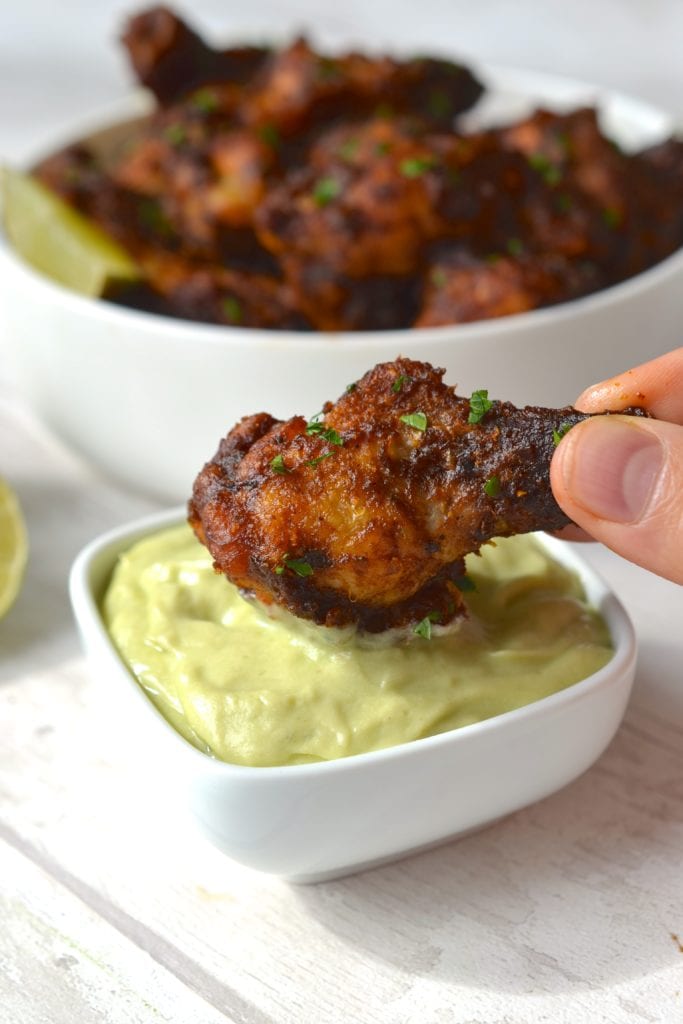 In this recipe I decided to try a different method, and baked the wings on a wire rack before coating them in sauce. Baking them on the rack makes the wings nice and crispy, resulting in a texture similar to deep frying. 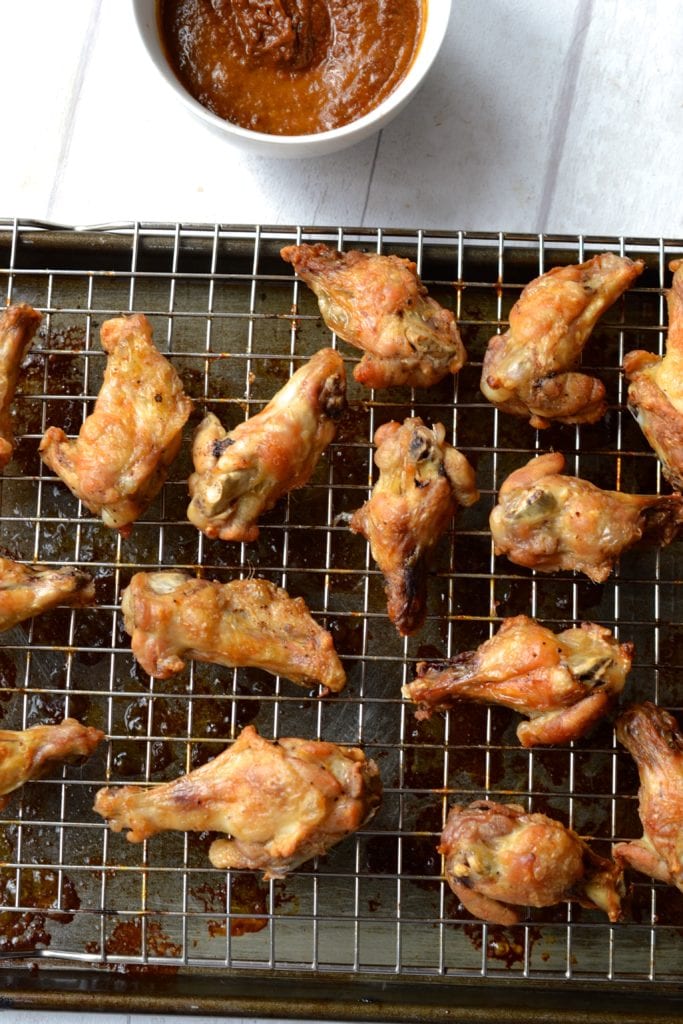 I have to admit that I love the crispiness and would have happily eaten them all before even adding the sauce, but once the sauce was added, holy deliciousness. 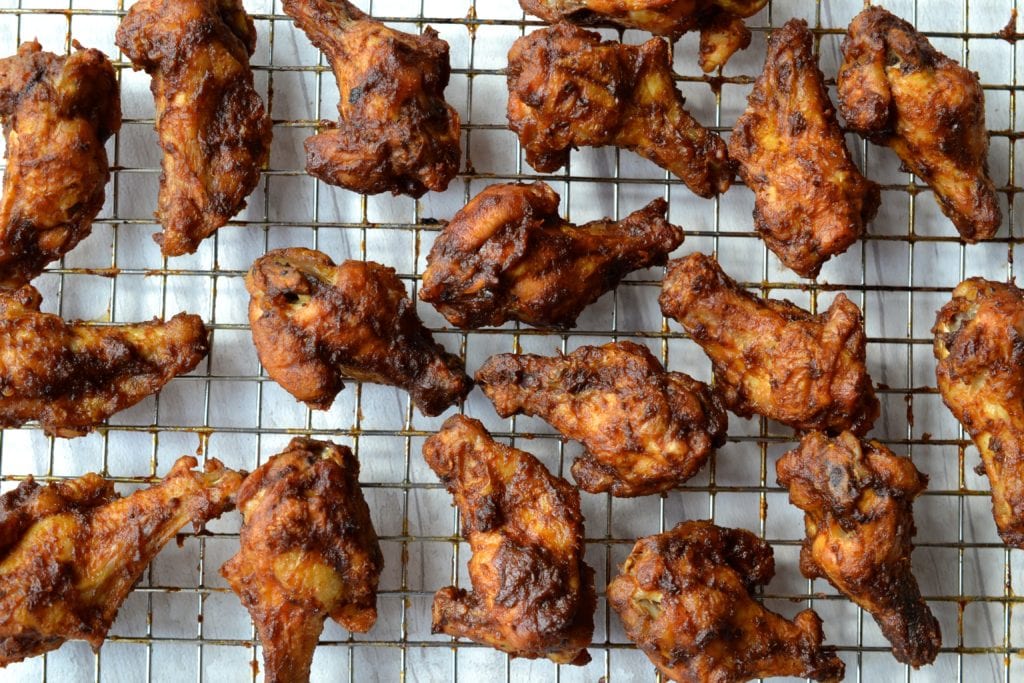 This chipotle sauce is the perfect balance of sweet and spicy. To keep the recipe SCD legal I use dried ancho chillies because I find that chipotle paste often has preservatives in it. If you aren’t following the Specific Carbohydrate Diet then feel free to use chipotle chili paste or chiles in adobo in place of the dried chilies, it won’t change the flavour or consistency of the sauce. 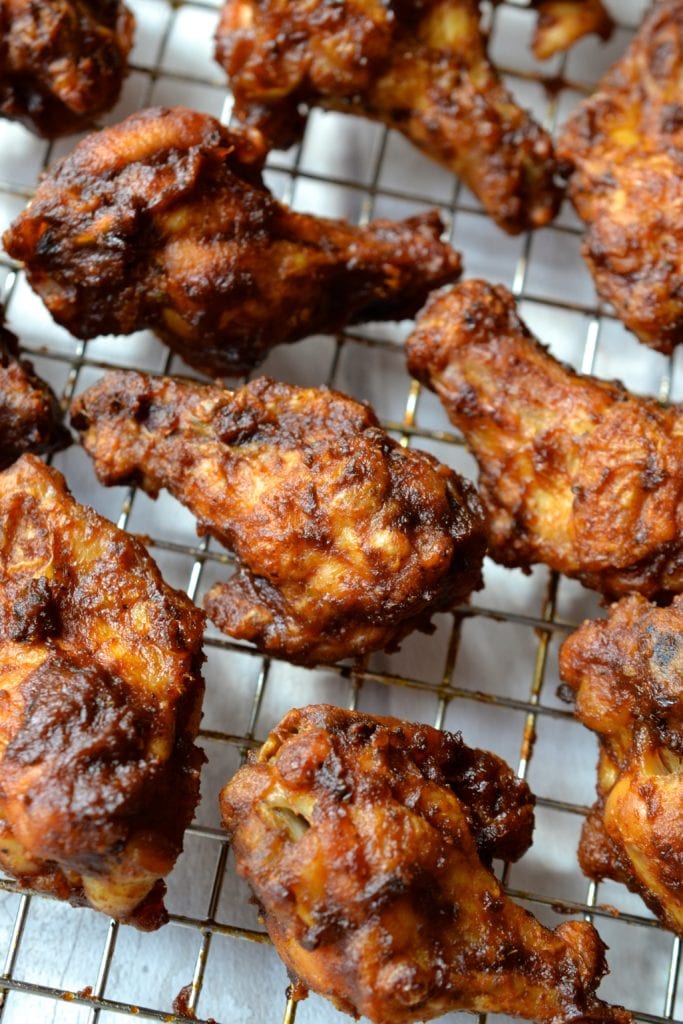 The chipotle sauce is slightly spicy, so I made avocado crema to serve which helps to cool some of the heat from the chili. 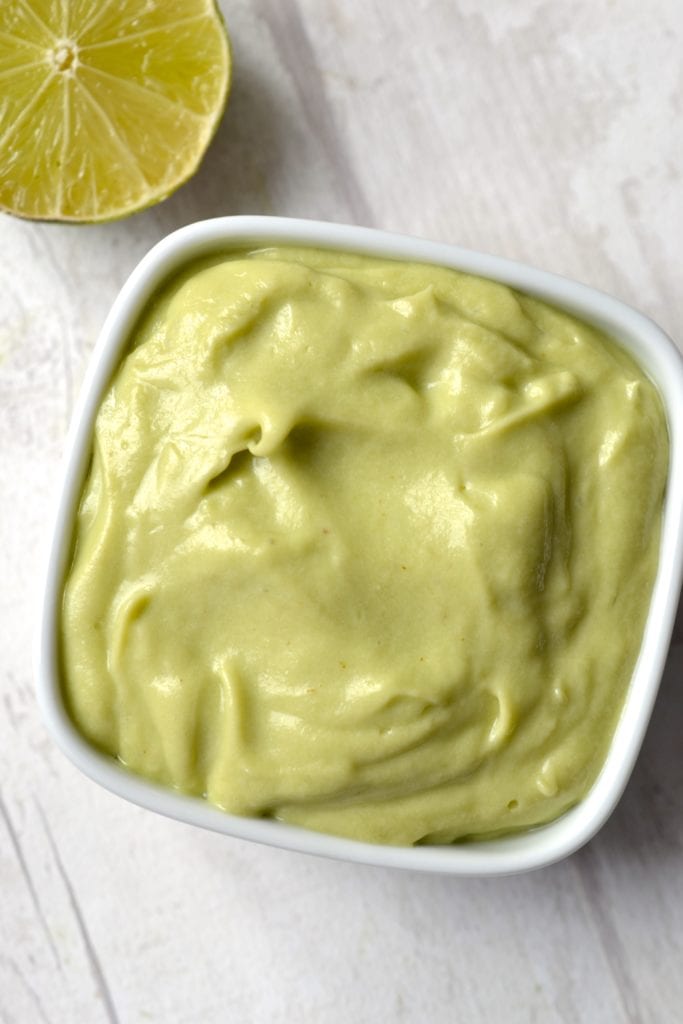 Avocado crema is a smooth and creamier version of guacamole which is traditionally made using sour cream. In my healthier version I use lime juice, cilantro and apple cider vinegar to give the crema a refreshing acidic flavour. 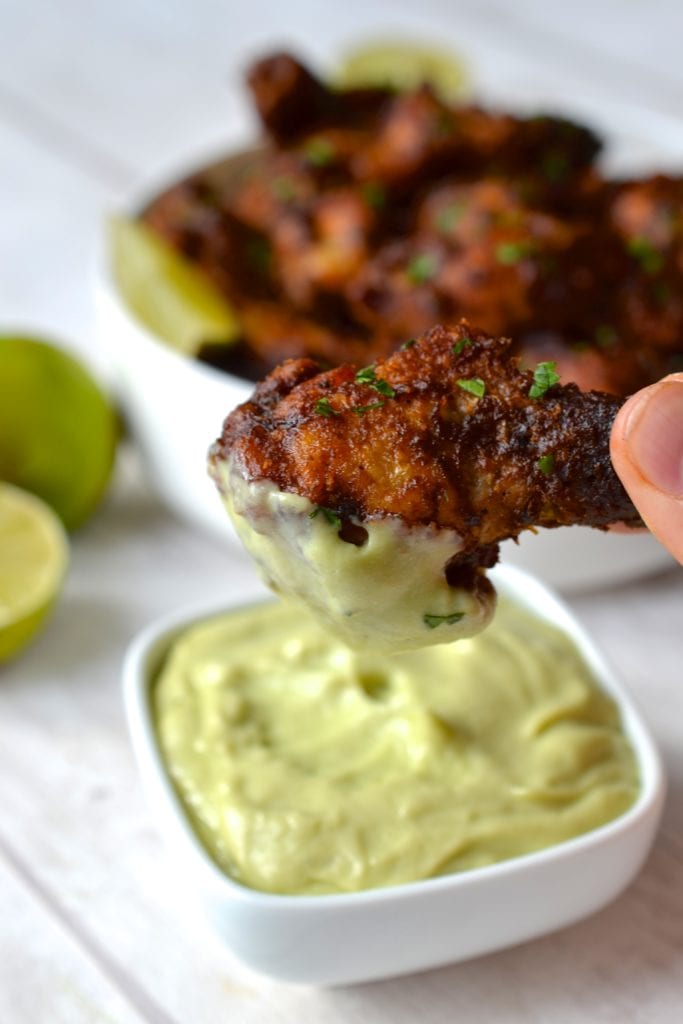 This chipotle sauce is thick, spicy and so delicious, I think you guys are going to love it. The sauce would also be great served on other cuts of chicken such as thighs or drumsticks, just bake it in the oven as you would the wings and then toss in the sauce. 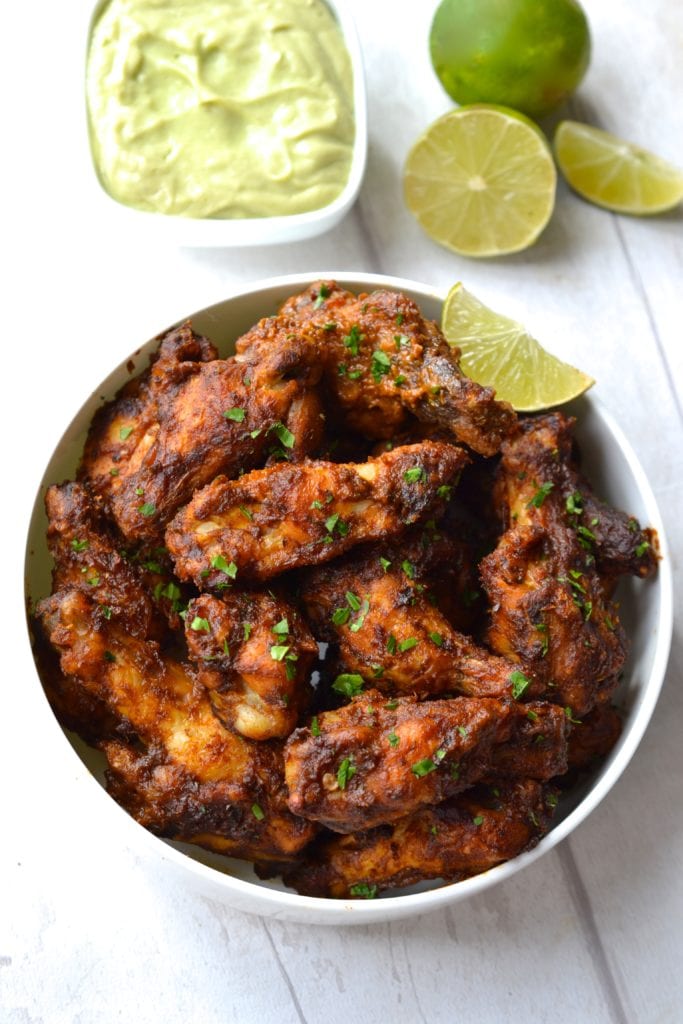 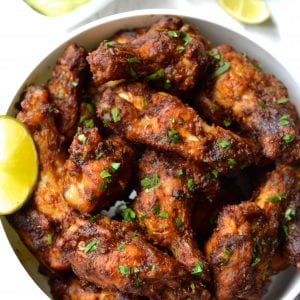 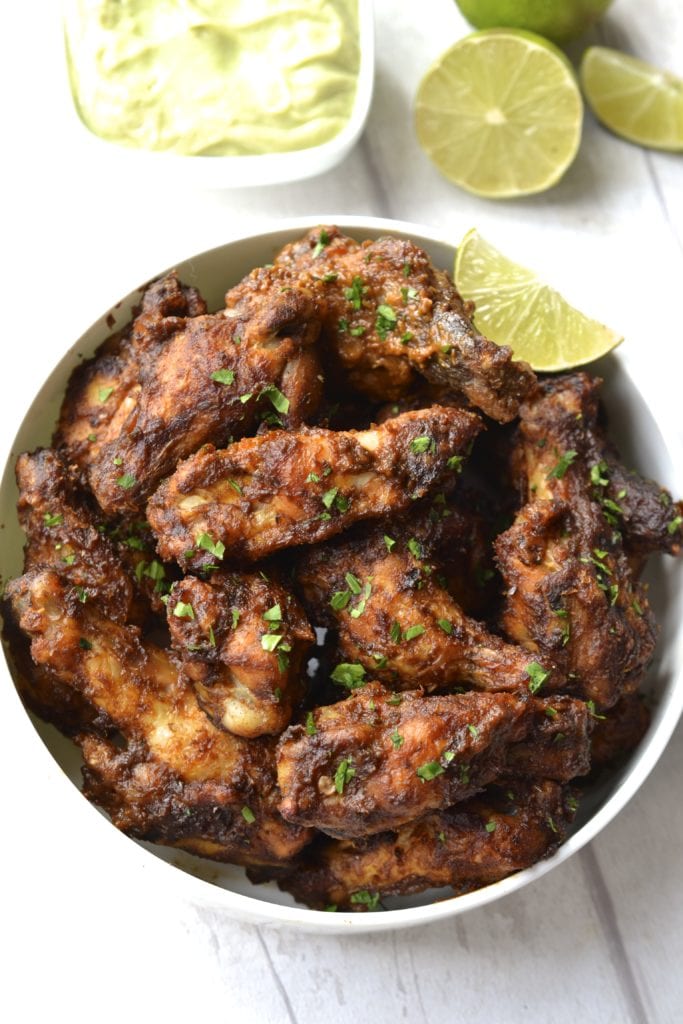 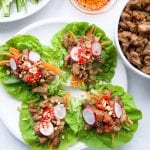 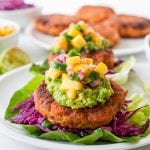 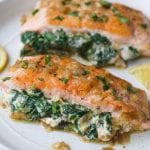 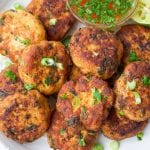