These Portobello Pizzas are a healthy spin on pizza that take less than 30 minutes to make. Using portobello mushrooms as a base makes these low carb while also eliminating any of the fuss that often comes with making pizza dough. They are Paleo, Keto and Vegan. 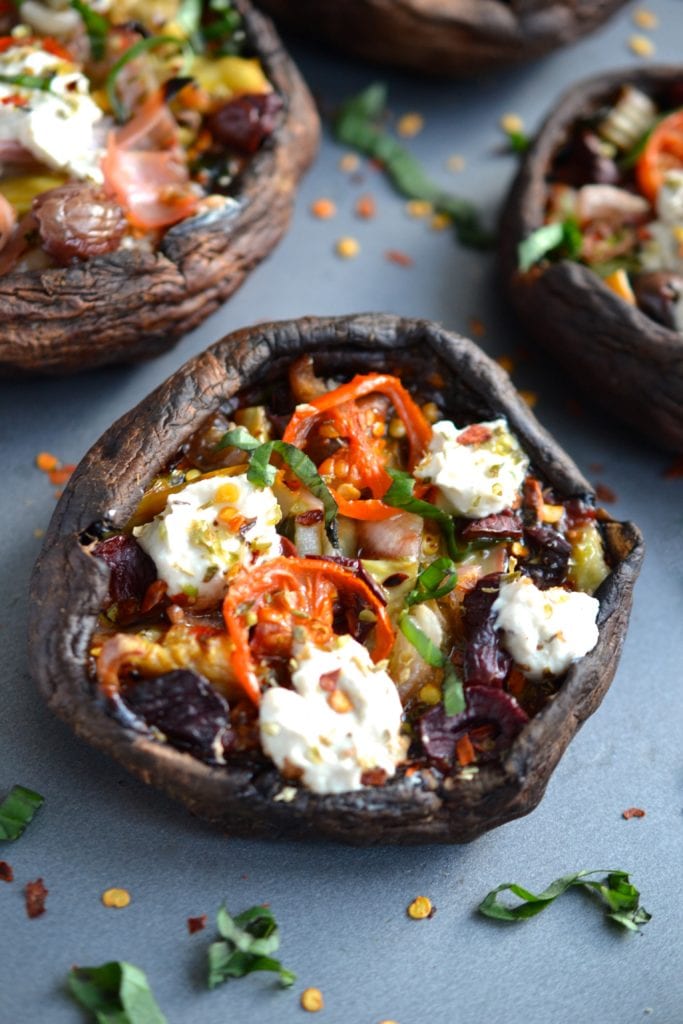 As much as I love cauliflower crust pizzas, let’s be honest, they are a massive pain in the butt to make. Between making the cauliflower rice, removing all of the moisture and rolling out the base, the entire process is both labour and time intensive. 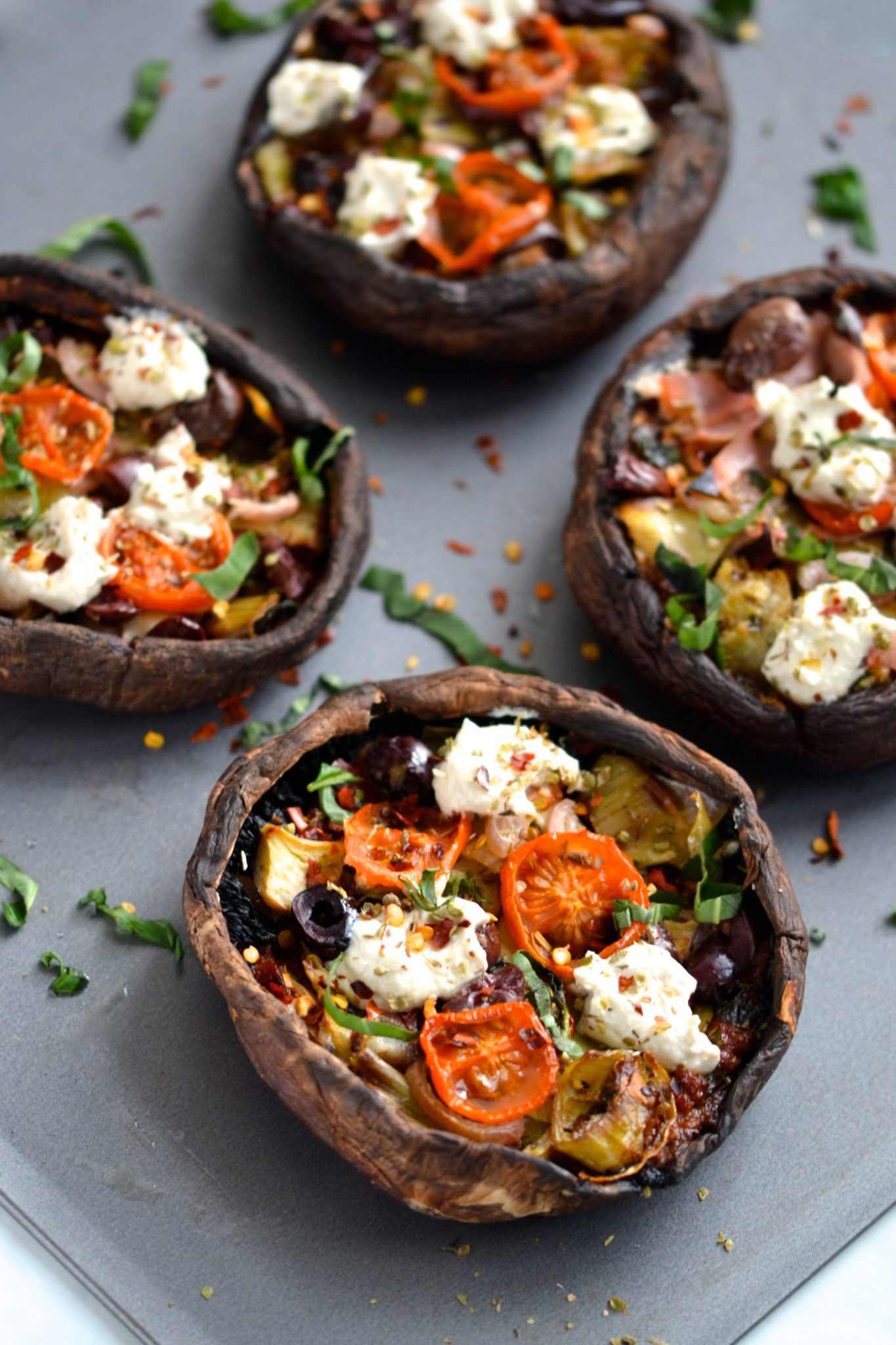 Enter my new favourite pizza base, portobello mushrooms! They require less than a minute of prep and are the perfect base for unlimited toppings. 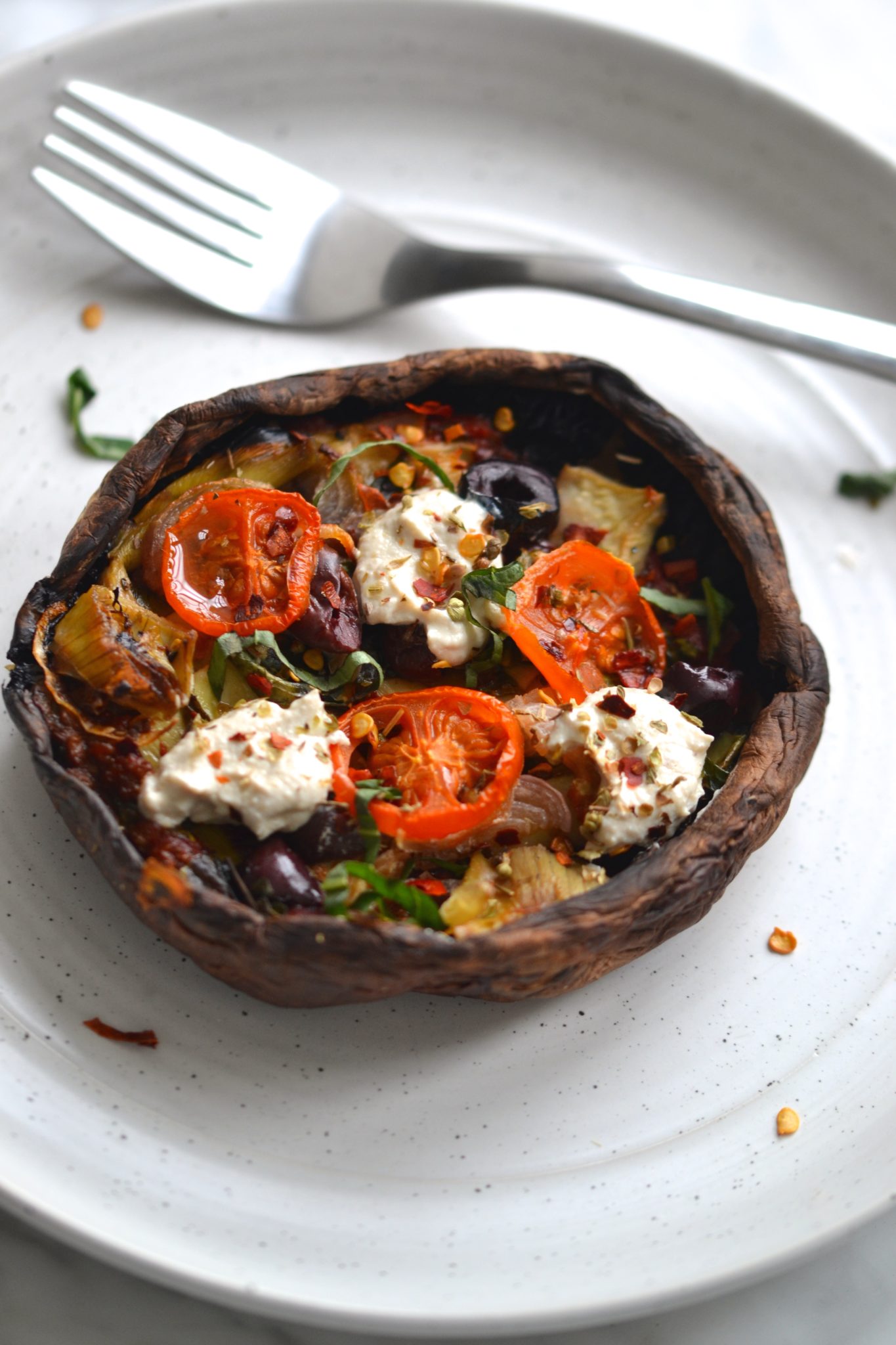 Unlike a lot of grain free pizzas, I love how easily you can pick these Portobello Pizzas up and eat them with your hands! You don’t have to worry about the base getting soggy or falling apart under the weight of all of the toppings. This also means that leftovers will last for a few days in the fridge and won’t become mushy. 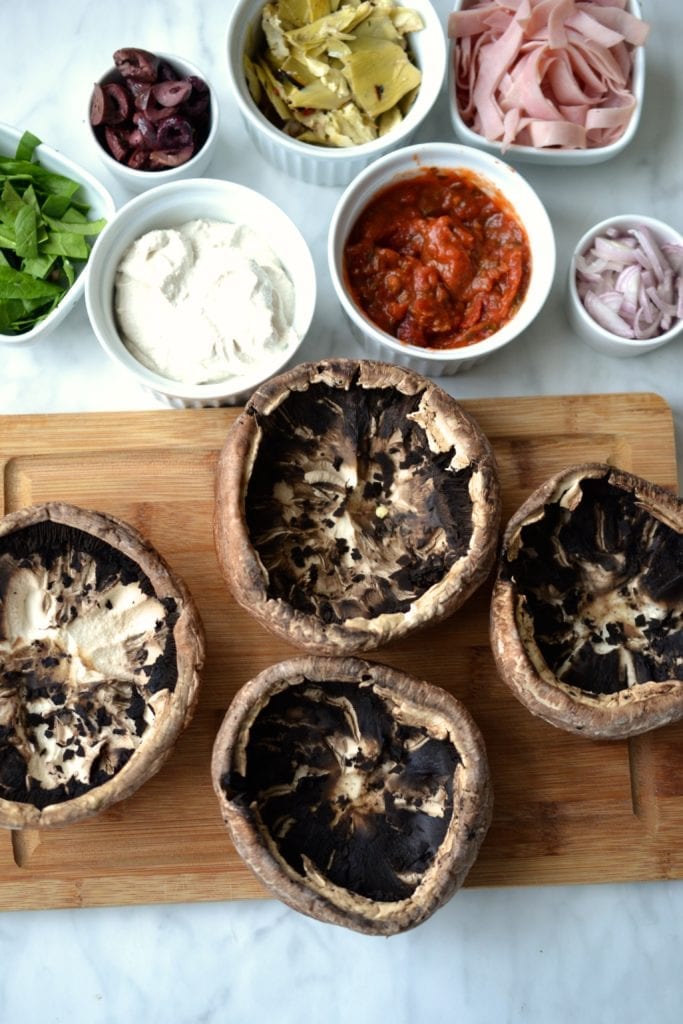 I’ve included some of my favourite pizza toppings in the ingredients section below, but feel free to use any toppings that you prefer. 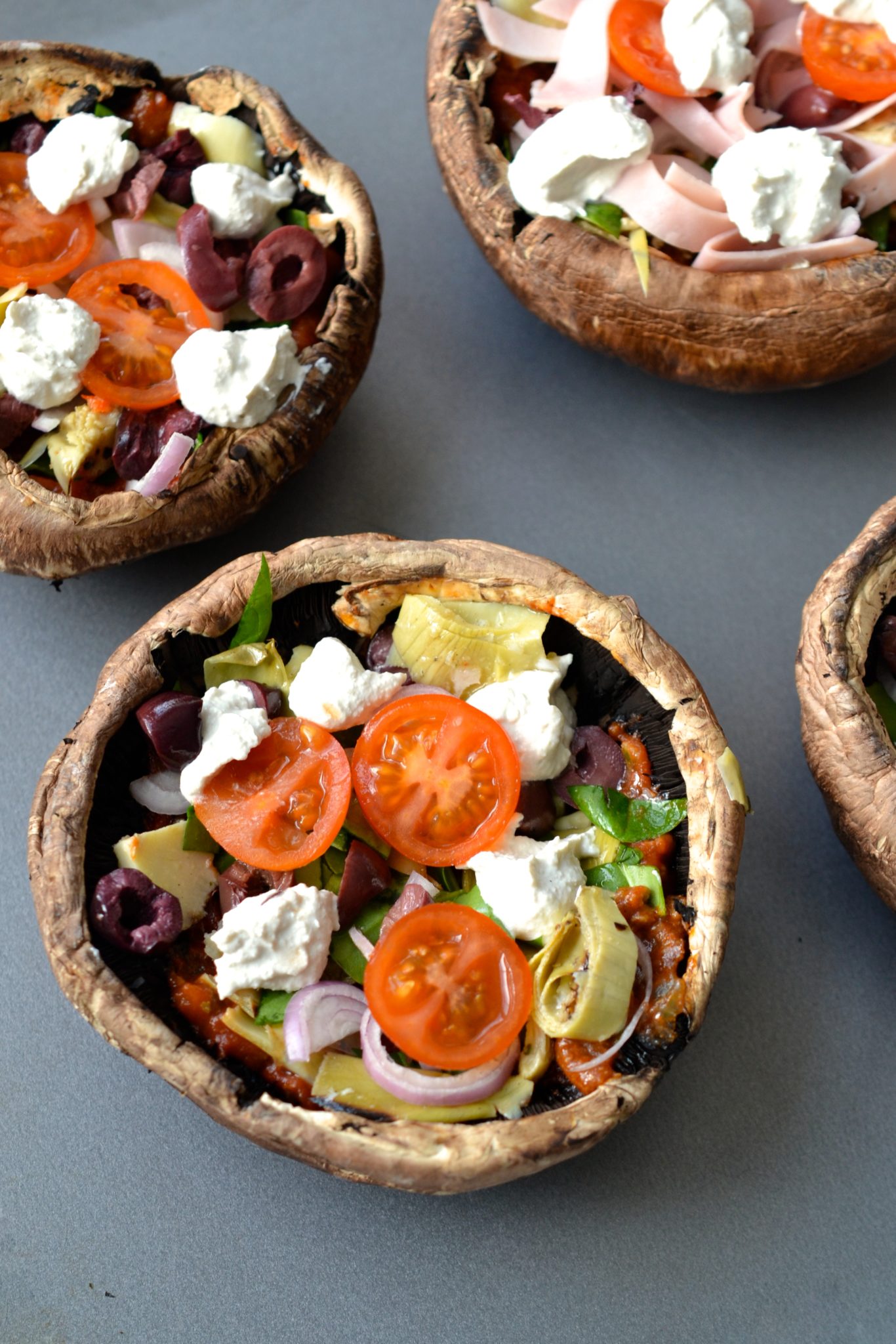 The cashew cheese adds a delicious creaminess to each bite of pizza. If you aren’t on a dairy free diet then you can add any cheese you prefer, but I really love the flavour and texture of this vegan cashew cheese that is so much like goat cheese. I recommend only adding the cashew cheese at the end of baking so that it remains very creamy, if it bakes for too long it will become slightly hard on top. 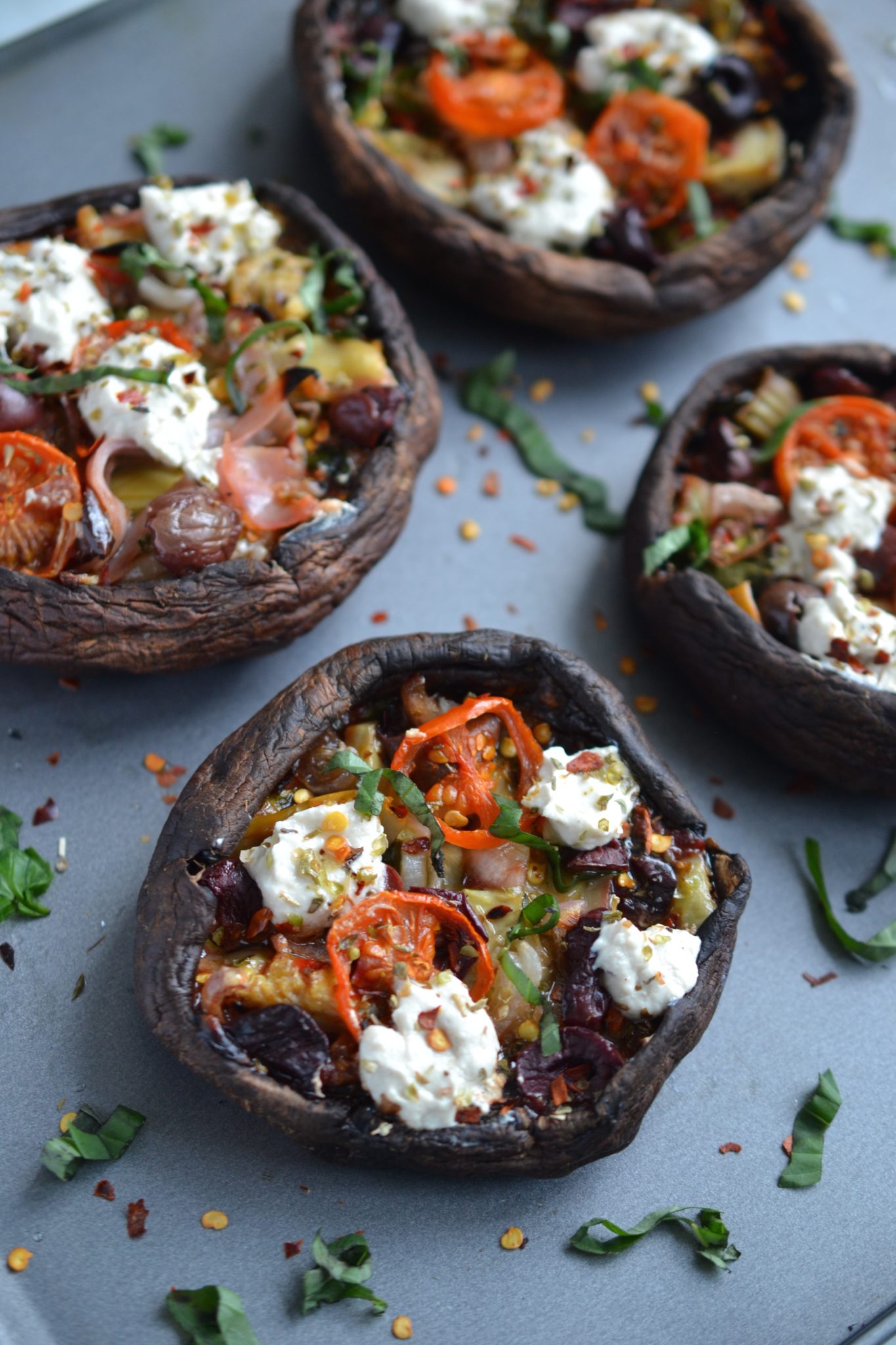 These would be a great snack to add to a Super Bowl spread, pot luck or summer bbq. You could assemble and bake the pizzas ahead of time and quickly reheat them before serving, or alternatively let guests top their own. 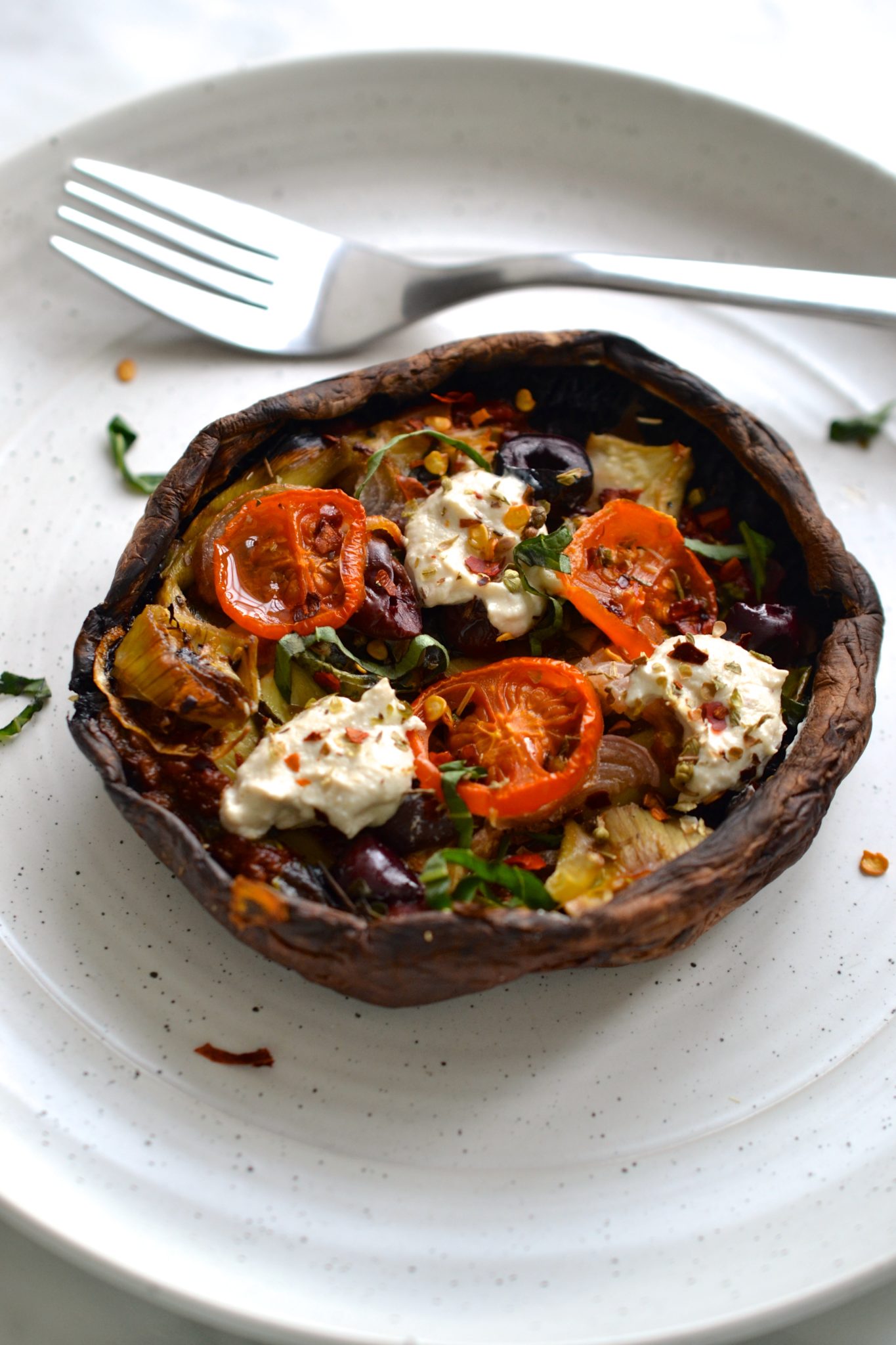 Here are a few of my other favourite recipes for when you are craving something Italian: 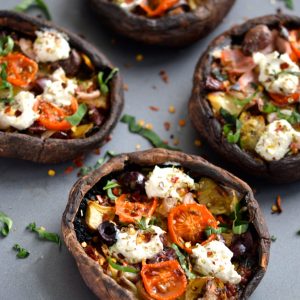 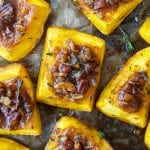 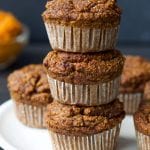 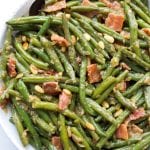 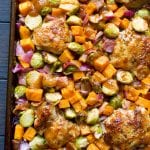 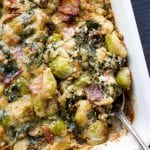 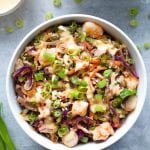