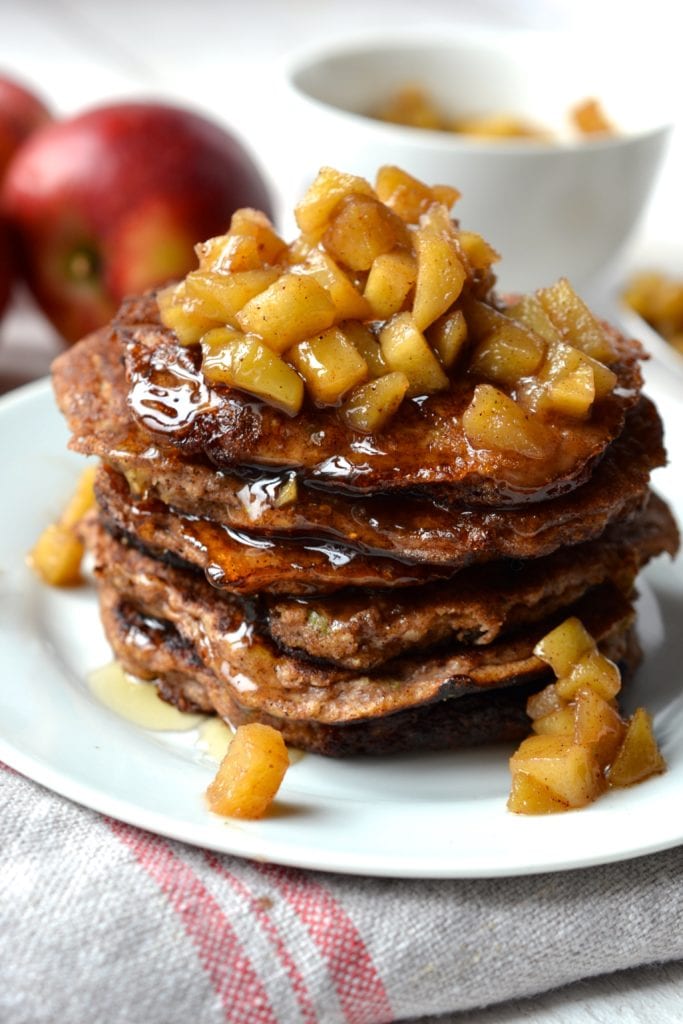 I have to be honest, when it comes to pancakes; it’s the toppings that will always be the decision maker for me. 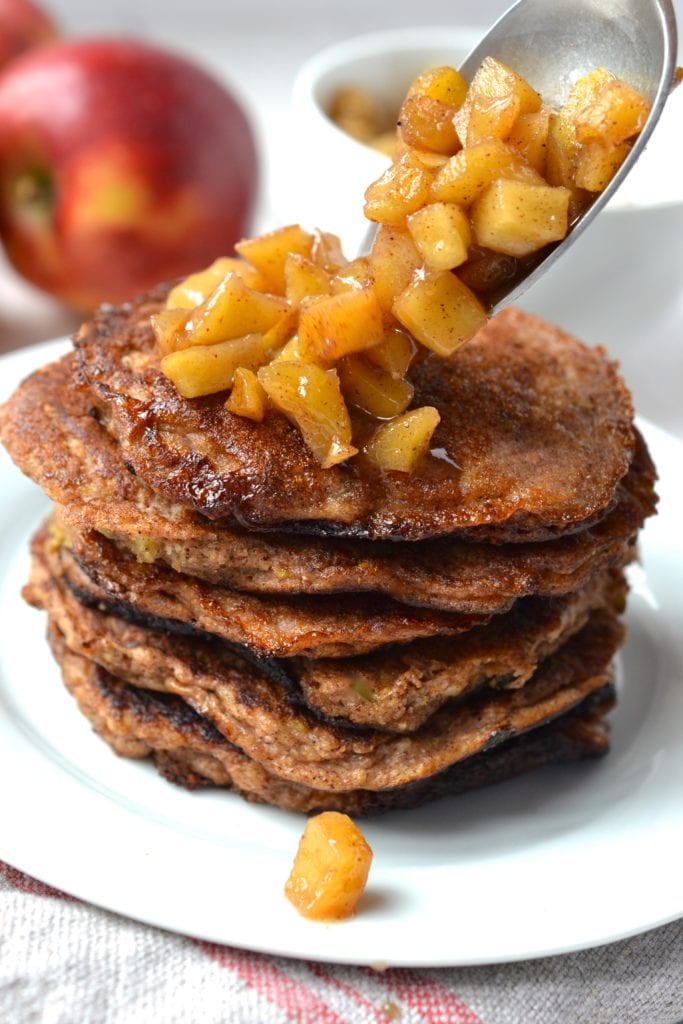 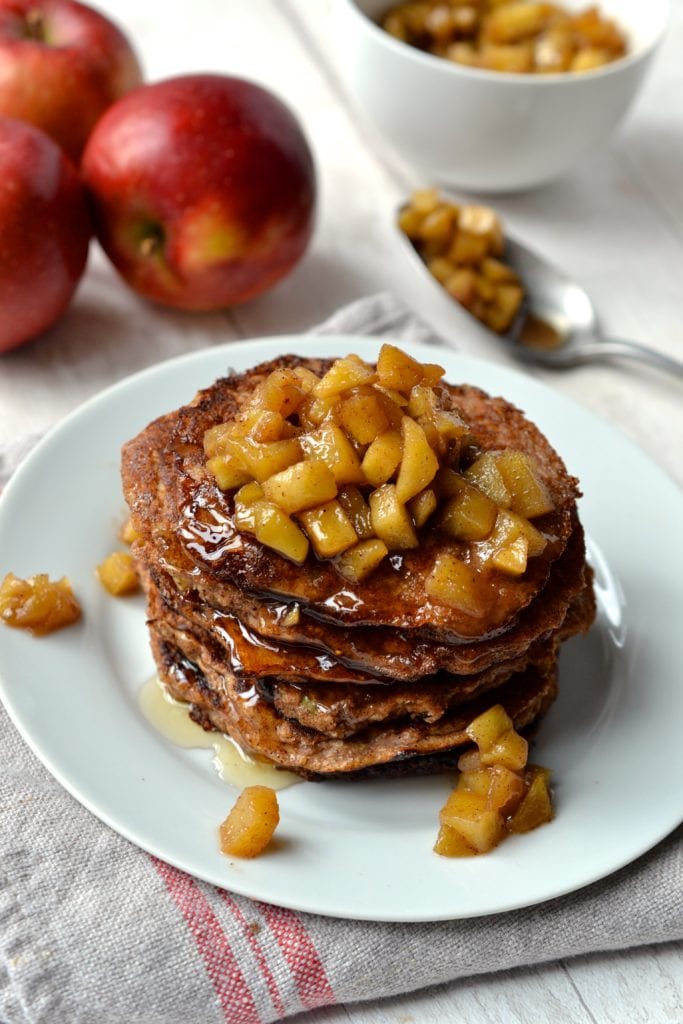 Which is not to say that these pancakes aren’t delicious on their own, because they are really good. They are light and fluffy with lots of shredded apple stirred into the batter along with cinnamon, nutmeg and cloves (which is my new favourite spice). 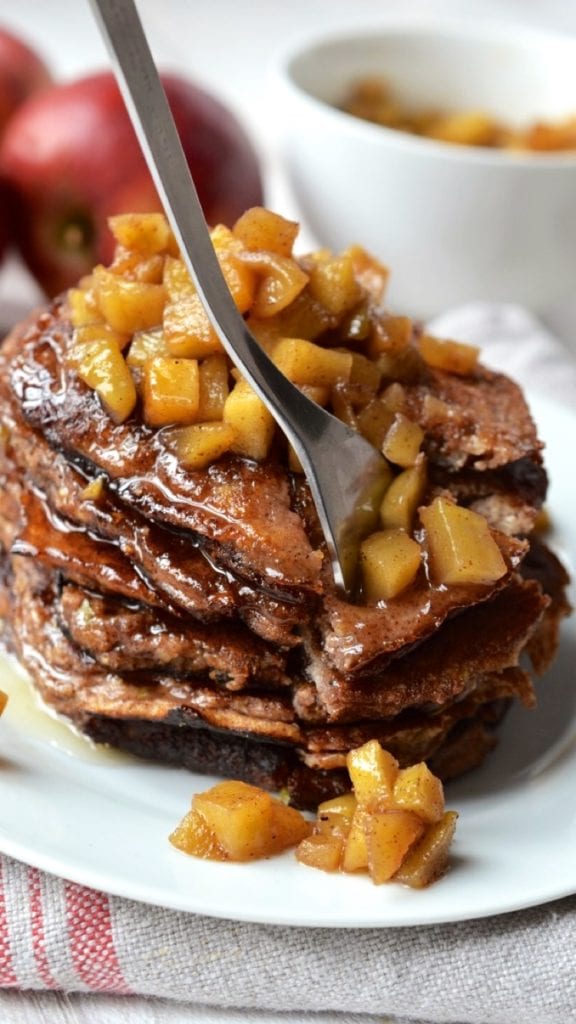 To save time you could make the stewed apple portion of this recipe a day or two in advance and then just reheat them right before serving. Alternatively if you have leftovers, these stewed apples would be fantastic on this Grain Free Apple Cinnamon Porridge (can you tell I am really into Apple Cinnamon flavoured breakfasts?) 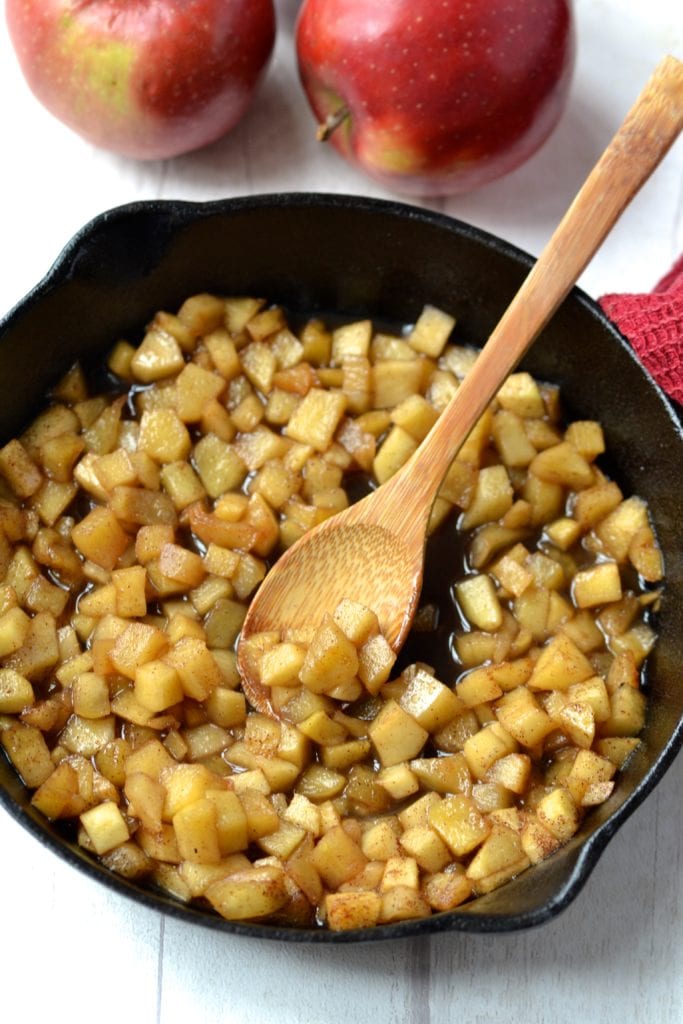 I have to confess that I am not a fan of pancake stacks, I prefer to eat them one at a time to maximize the syrup and topping to pancake ratio. 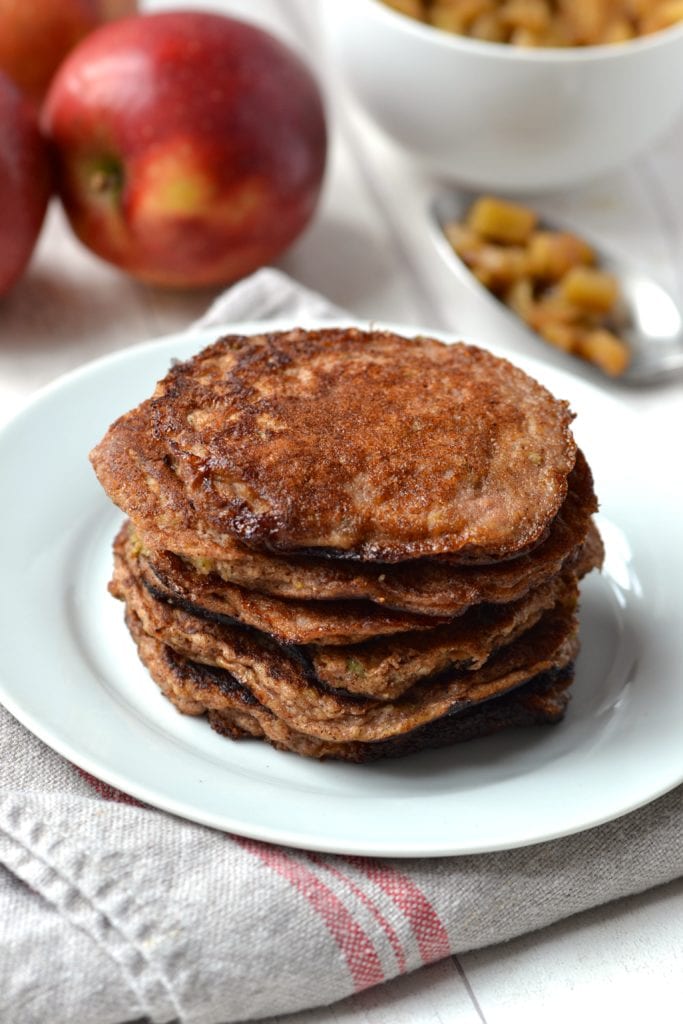 I normally top my pancakes with honey because maple syrup isn’t allowed on the Specific Carbohydrate Diet but for this recipe I think syrup or honey is completely unnecessary. The stewed apples have a delicious caramelized sauce that creates those drool worthy trickles down the side of the pancakes that you normally get from syrup. 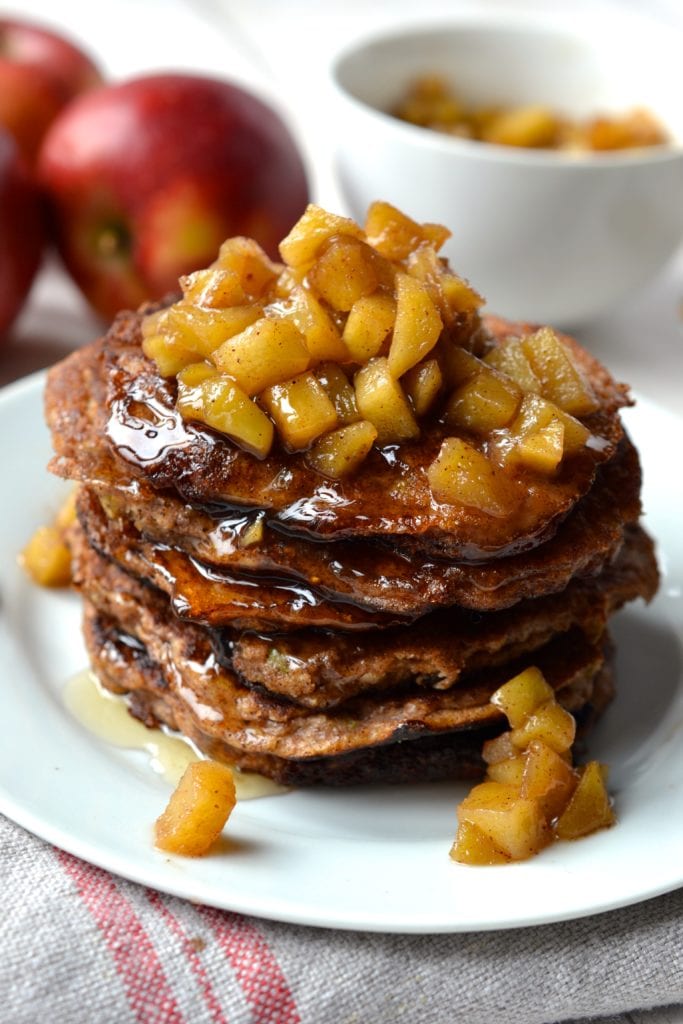 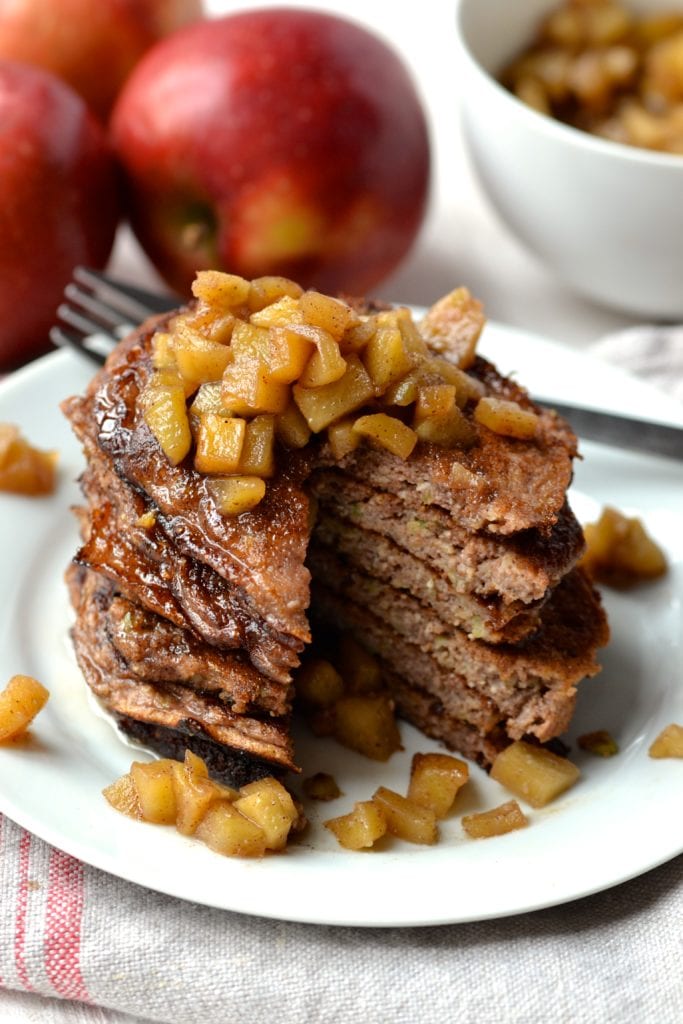 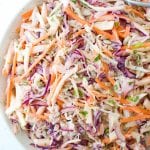 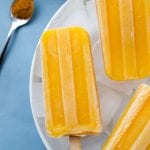 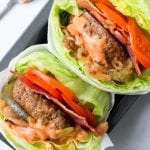 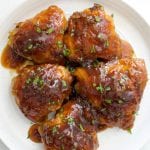 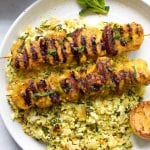 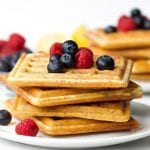